During World War II nothing less than 387 out of 640 Dutch merchantmen, chartered to the Allied Ministries of War Transport, were sank in the battles against Germany, Italy and Japan. At the time 12000 Dutch crew, cut off from their homeland and its overseas territories, did carry on under harsh conditions. More than 3500 lost their lives. Lest we forget !! By way of example you may read the story of one of those ships. 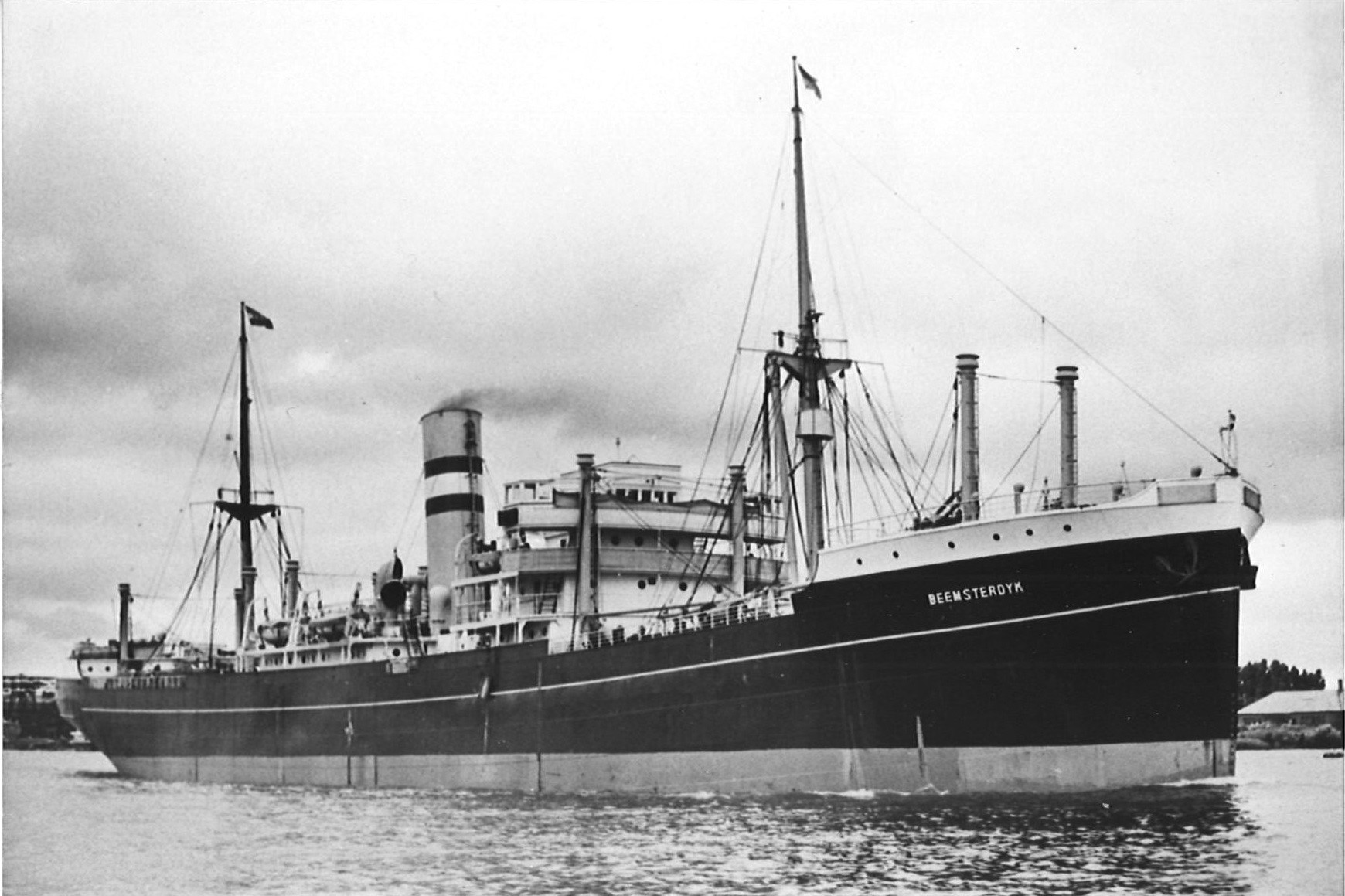 About the author J.P. van Kuijk

In 2011, after a career as a registered nurse and teacher, he attended Maritime Institute De Ruyter at Flushing, Netherlands.
He finished training Skipper / Engineer  Coastal Waters.
From childhood interested in maritime affairs, he then started this history research program.
In 2014 he visited Dunmore East (Ireland) en St. Davids (Wales).
He now lives in Oudenbosch, Noord-Brabant and is member of the Archives committee of Vereniging "De Lijn",
the association of Holland Amerika Lijn employees and those interested in its history.

Accidental confrontation with this portrait painting in the Zwijnshoofd pub at Bergen op Zoom was the trigger to this Enterprise ! 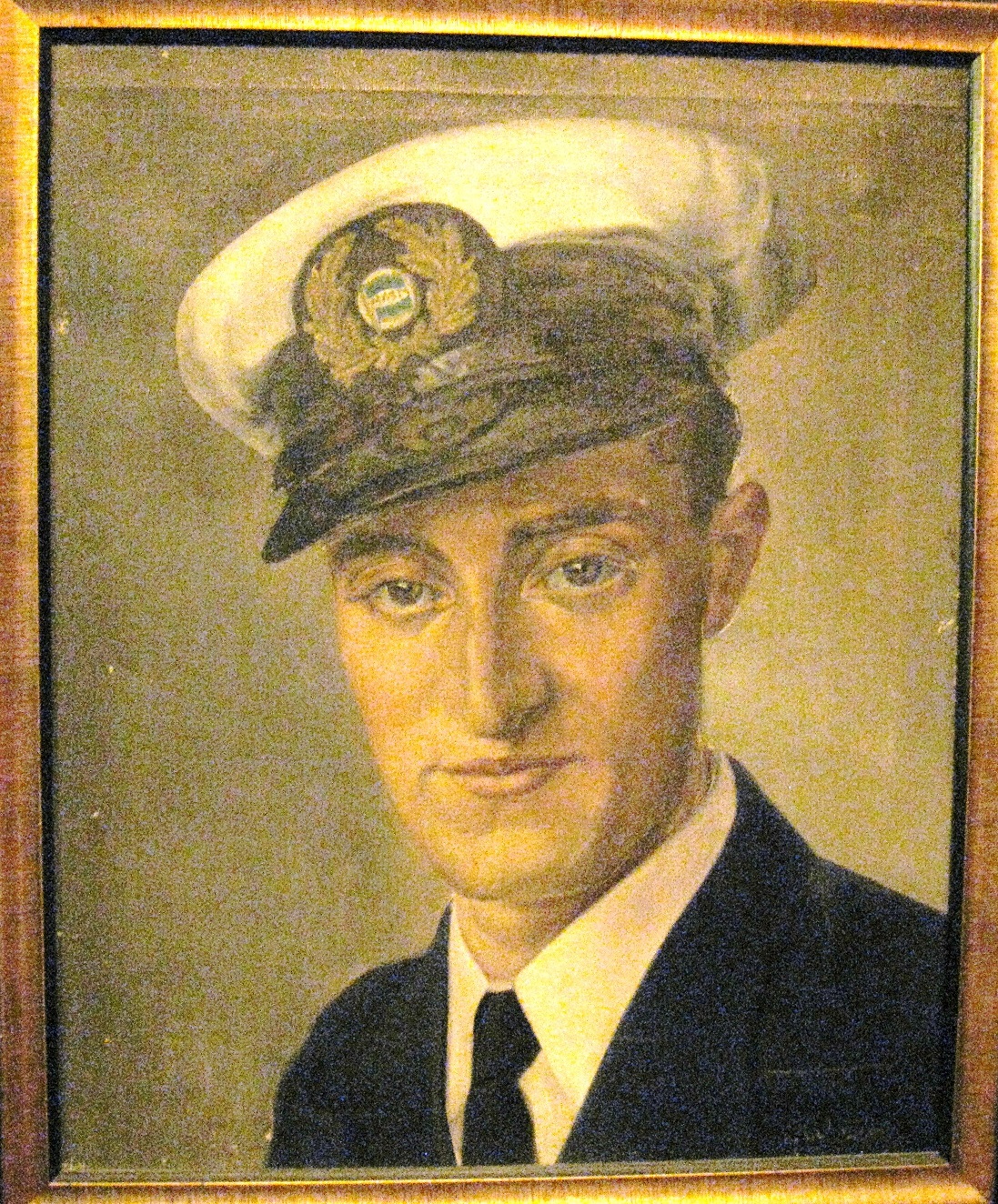 Franciscus Adrianus Laurentius Denissen (21)
At that time Frans was assistent engineer on board the ss Beemsterdijk.